To start off, I'd like to thank all of those in my unit that checked out the bus during the BBQ this weekend! I appreciate all the kind words. The feedback was fantastic, and I got a lot of great ideas from my friends and family in the Company. You guys helped me plan this thing from the beginning on the Guatemala trip, and I'm glad I could display to you all a (mostly) finished product, of an idea realized. 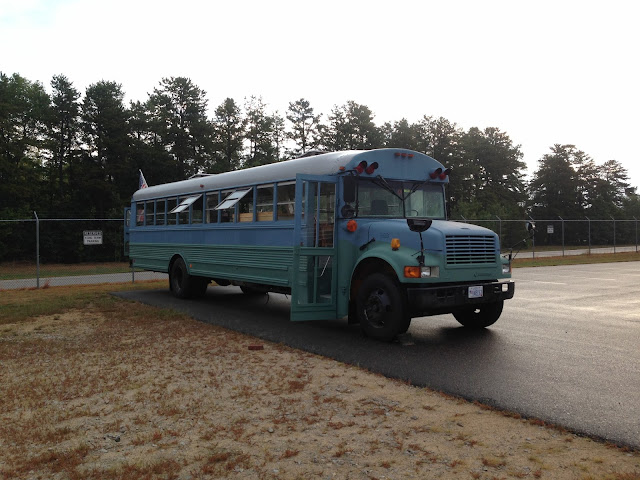 I tallied my expenses for the prospective skoolie builder who has stumbled upon this blog. My general philosophy building my bus was "the 80% solution" and "it's a bus, not a space shuttle." Also worthy of noting is that I built the bus to be a cabin, not an RV, so many things that would have made it a better machine on the road were sacrificed in order to simplify the project.

I estimated this project would cost $7200, and as of right now I've spent approximately $9600, with the intention of spending more to install the wood stove, and finish wiring my DC lighting. It took about four months to build, working primarily alone on weekends and evenings after work. The reasons for going over my estimate are various, but ultimately it comes down to time or money; you're going to spend one of them to build a bus. In hindsight, I'm confident I could have kept to my $7200 budget if I was a more disciplined scrounger. Scrounging to save money takes time; time is spent on craigslist finding what you need, time is spent driving out to the corners of NH and MA to pick it up, and time is spent fixing up these used finds to make them work for you.

Often, when I came upon a roadblock during construction, I would get impatient and head to Lowes or the Depot to get the exact component I needed to make things work, spending more money in lieu of possibly wasting valuable time. To avoid forgetting things on trips to the store (which is pretty much the worst thing in the world) I keep running lists on the notepad on my phone, or would jot notes with a dry erase marker on the bus window. Occasionally the hardware or auto stores in town would prove fruitless as well (the second most frustrating thing in the world,) and I ended up ordering a lot of small specific items on the internet, which costs me both time and money.

I'm reminded of being in Guatemala trying to find a tarp at a hardware store in Coatepeque. None of the shop owners had any, and every one of them directed us to San Marcos, five hours drive away. And here I am complaining about not being able to find a specific kind of 3/0 gauge crimp terminals for battery cables in town.

In summary, this bus could have been built for less money, it just would have taken a larger investment in time. Below is my expenses;

The bus will be going on the back-burner while I clean out the barn and rebuild the backhoe. It would also behoove me to give the F350 some attention before winter, like fixing some minor wiring issues and swapping the batteries with the bus's old ones.

The parts I need to more thoroughly wire the DC side of the bus's electrical system are trickling in from the internet. I ordered a marine circuit breaker panel, wire, dozens of 2.1 mm jack connectors, two LED floodlights and half a dozen little 3w spotlights for the cabin. 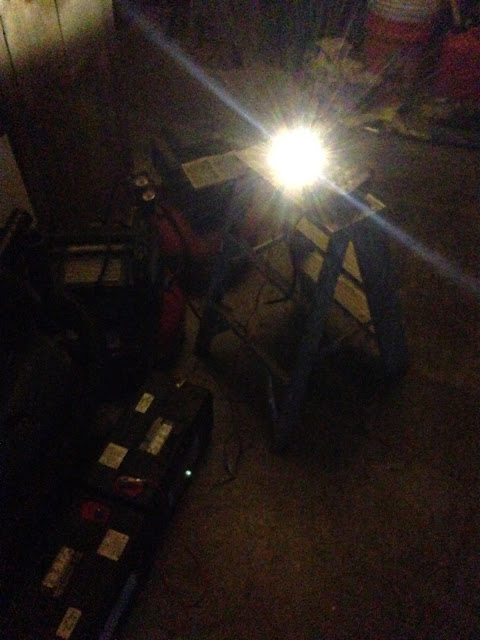 And one of the 48w floodlights for the entrances, as a porch-light. 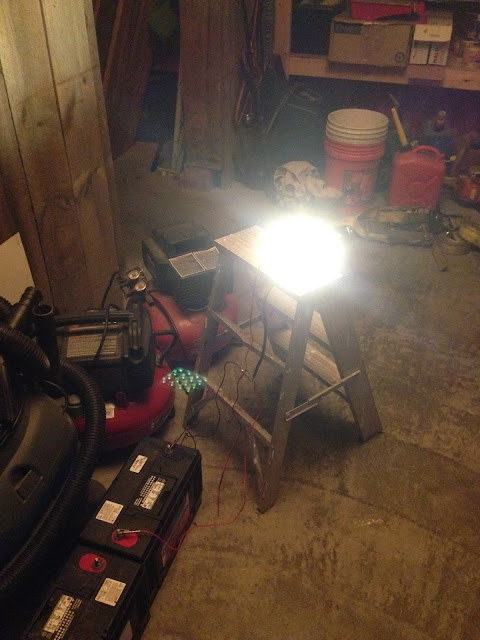 Also on the way is a "Three Dog" wood stove from Four Dog Stove company. Not only is this stove made of welded steel right here in the United States, but it's lighter than a cast stove, has been baffled to create a good cook surface on top, and is built to stay burning all night. As we get into late September and October (my favorite time to be in NH) I'll be looking forward to the heat from the stove.