On day 10533, good friends Zach and Kristen were southbound, and joined my family for Thanksgiving. They had been on a Great Canadian Road Trip, taking them inside and outside the city of Montreal, up and down mountains in Vermont, and then finally in front of plates of food in the North Country. Zach and Kristen are both avid hikers and outdoor leaders for young adults, who spend their time vagabonding around New England teaching, and being genuinely good company.

My grandmother, Cynthia, did a quick mental genealogical check of last names to verify that none of our guests were actually long lost cousins. With the help of my Grandfather, Scotty, they related as much family lore as they could. We talked briefly about the foundation I came across a few weeks ago, consulting a hand-drawn map in a book about the families and the area, penned by an elder citizen who lives up the road from the land. 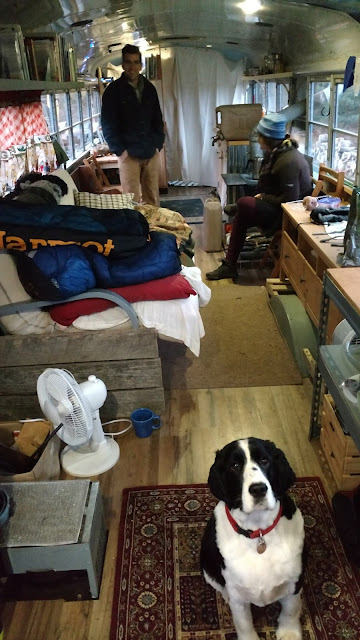 With the sun setting, we headed out to the bus to set up camp. My family tagged along to pick a Christmas tree from the field. For the past few years, we have gotten some anemic looking Charlie Brown trees; this year we were able to get something more full!

Zach, Kristen and I stayed up well past sunset solving all the world's problems over tea and aunt Zowie's pumpkin pie, huddled next to the woodstove as it dropped down to 22'F outside. I propped up a cot for Zeke and I for the night. After lights out, Zach and I took turns stoking the fire. The wood isn't completely dry, so it seemed like it would either burn everything rapidly, or snuff itself out! It made for a chilly night, and I'm glad I had a furry space-heater, even if he did hog the cot. 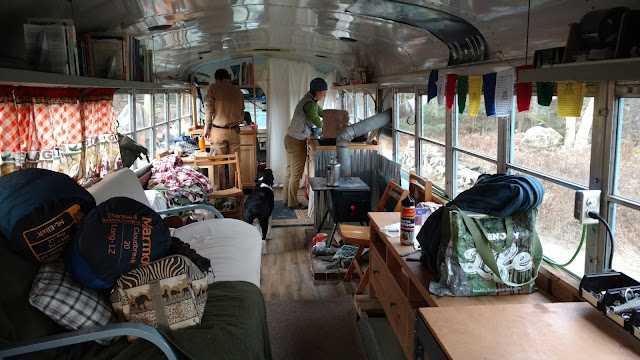 The next morning, we breakfasted on oatmeal, muesli and granola (as well as some dog food,) and I percolated some coffee. Above I'm inspecting the wiring of my little LED lights, which aren't turning on despite everything indicating normally. For the sake of safety, I unplugged those circuits before leaving... further troubleshooting required.

Meanwhile, Kristen gathers the dishes. Both Kristen and Zach are veteran hikers and mountaineers, and they were determined to leave their campsite better than they found it. In a matter of minutes everything was cleaned and put away. Best bus-house-guests I've ever had. 10/10 would recommend. 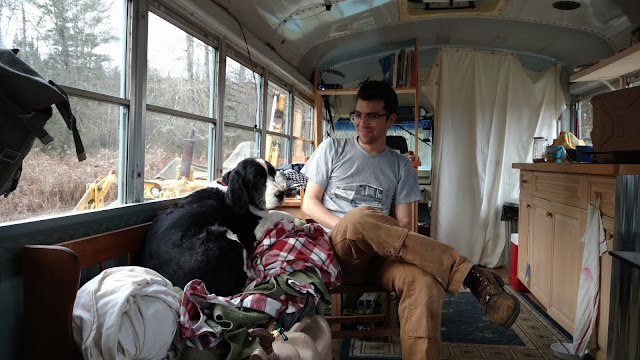 Zeke and I share an inside joke after breakfast. 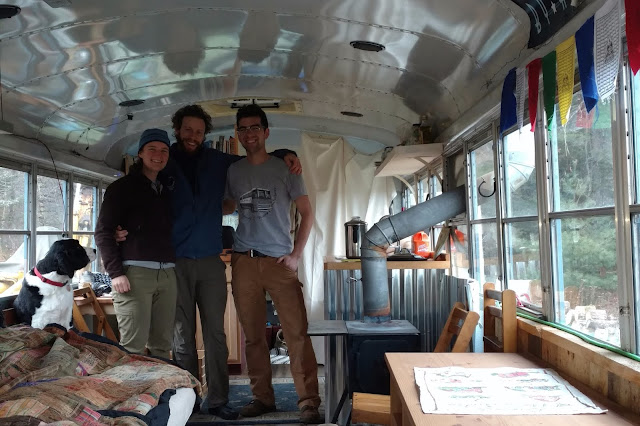 Once we were all fed, my travelling friends were bound for the road again. Thanks for the visit! 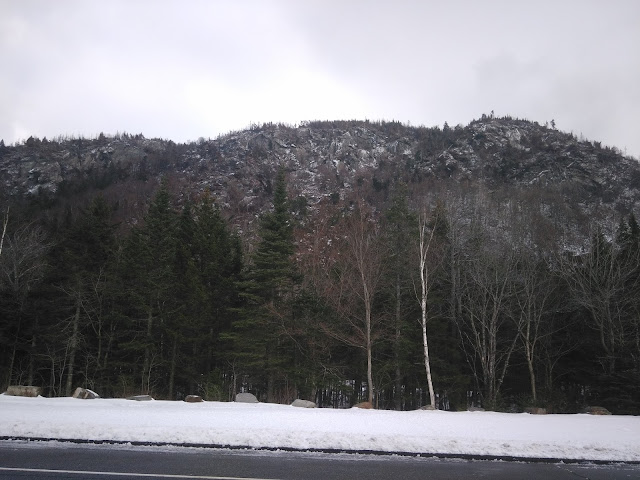 I drove back to the city via Lost River Gorge, wanting to see how Dilly Cliff had fared in October's fire. The cliffside had a raw look to it, with scorched earth, and burned standing trees stripped of their foliage. I can't imagine hiking up there to fight the fire on the ground; all the respect in the world to the firefighters.

I also picked up a ScanGauge II, which is a sensor that plugs into a vehicle's OBD diagnostic port, and can give you instantaneous and average fuel consumption, among other things. Heading home, I irritated all of the Massachusett's drivers whipping by at 80mph by nursing the F150 along at 61mph, sipping an economical 18mpg! I knew going slower would give me better mileage, but I didn't know it would mean another 3 gallons of fuel in the tank, on a ~180 mile round-trip! Looking forward to using this tool and tweaking driving habits.

Back at home, my otherwise friendly and loyal canine has reduced my chicken flock to 1. It's disappointing to lose a chicken, but it's hard to be mad at a bird-dog for doing what he was bred for. I wanted to let the chickens free range, but now I know that won't be possible without constant supervision. I'm not sure if I'm going to try replacing the missing members of the flock with some new recruits, or if I'll ask my neighbor, also a chicken-farmer, to take in my survivor.
Posted by Aaron at November 24, 2017 No comments: 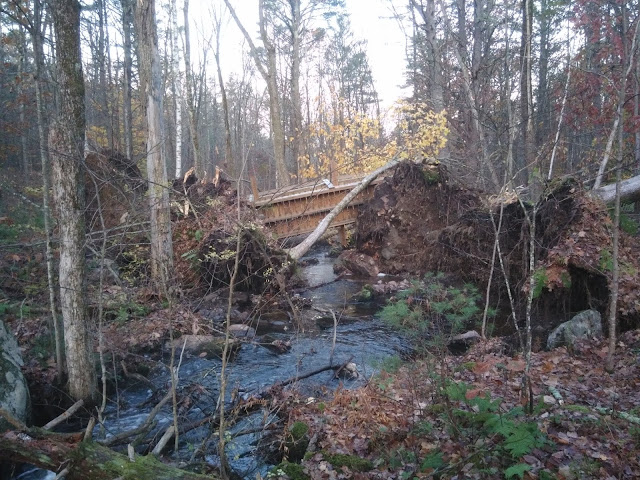 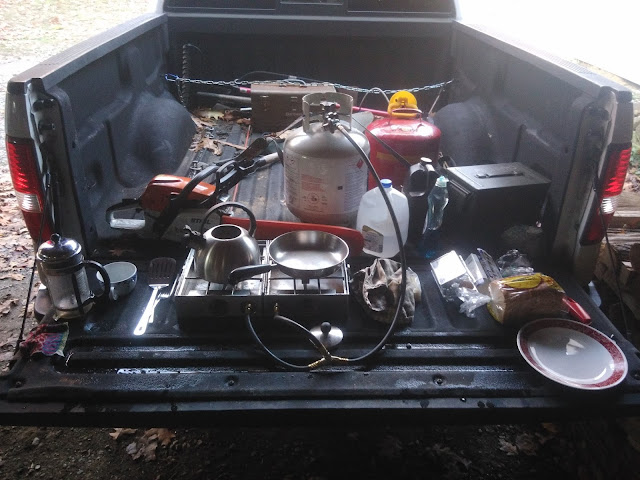 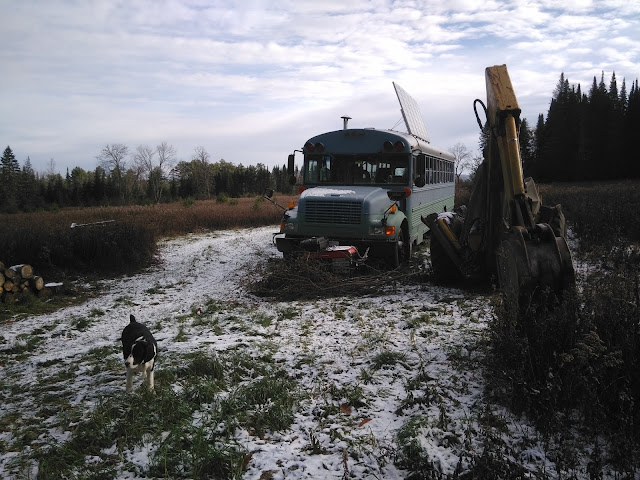 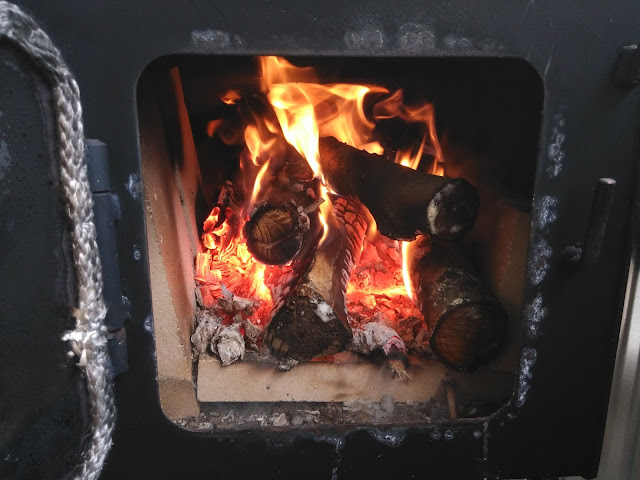 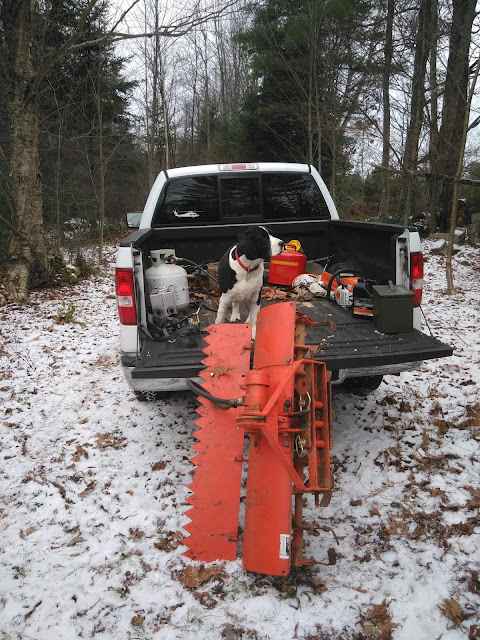 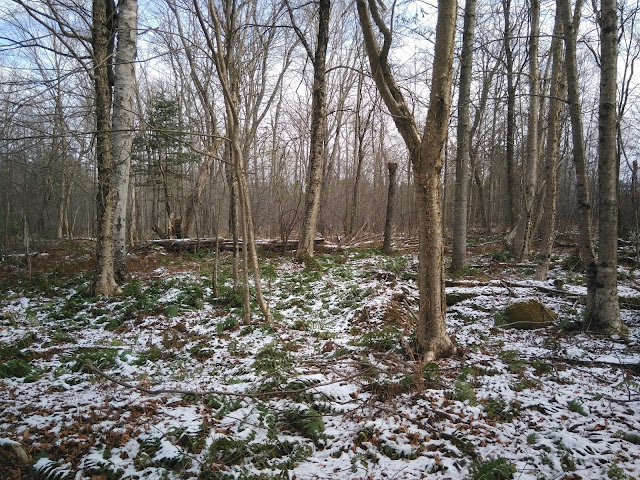 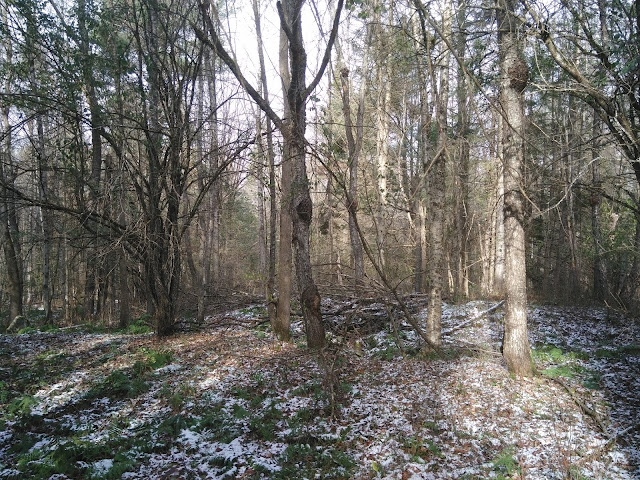 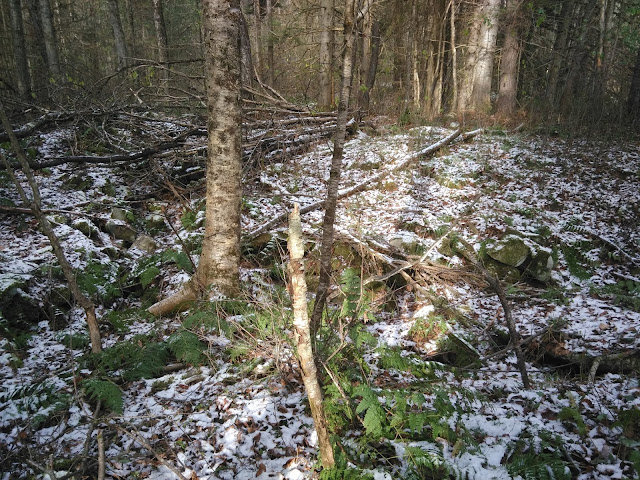 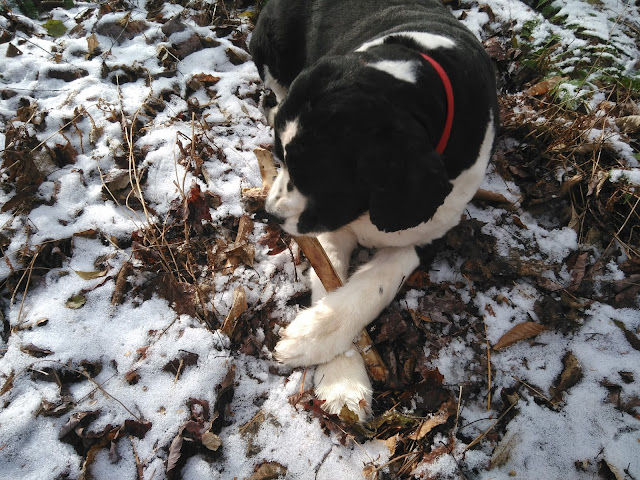 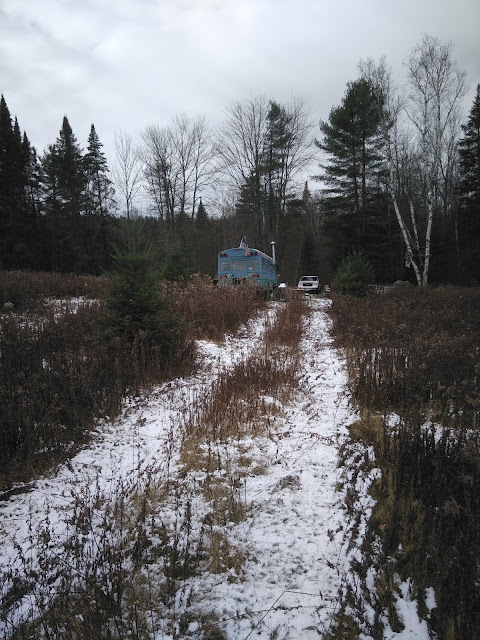