The main focus over the last two weeks has been painting. Priming occurred in stages; at least five several-hour painting sessions before I had the whole bus covered. As I mentioned in the last post, I did a lot of it by hand with a brush. Masking would have taken forever, and I don't have all the equipment to spray. I used a roller on the roof, and parts of the sides, but you really need a brush to get into the nooks and crannies.

This was one of the those times where I asked myself whether I was working on a car or a house. I decided painting a house was easier and cheaper, so I elected to get house paint! The bus was roughly primed with a bit more than a gallon of Kilz. I got the majority of the dirt off, but had no qualms painting right over embedded pollen around rivet heads. No regrets. 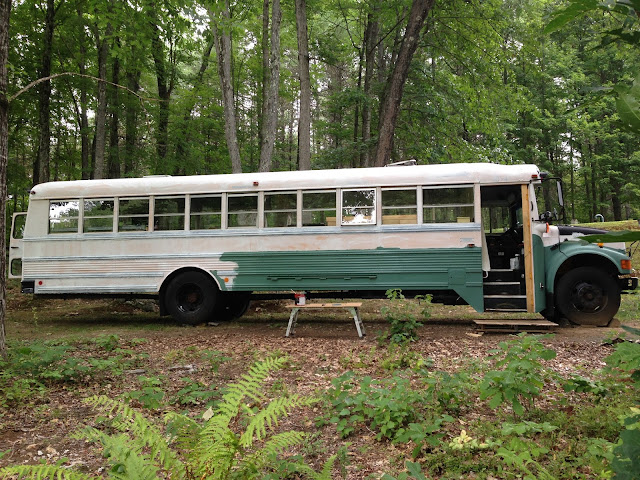 Watching the weather forecast nervously, I finished painting the green layer this morning. I used Behr water-based exterior paint. I laid the green on heavy, then went over the thin spots around the bus after the first coat had dried. I think it looks good!

I tried to match the contour on the engine cowling, and "flow" around objects on the front of the bus. I still intend to paint a mountainscape across the side, but I haven't figured out how I want to do it yet. In the interim I'll have a "plainscape." 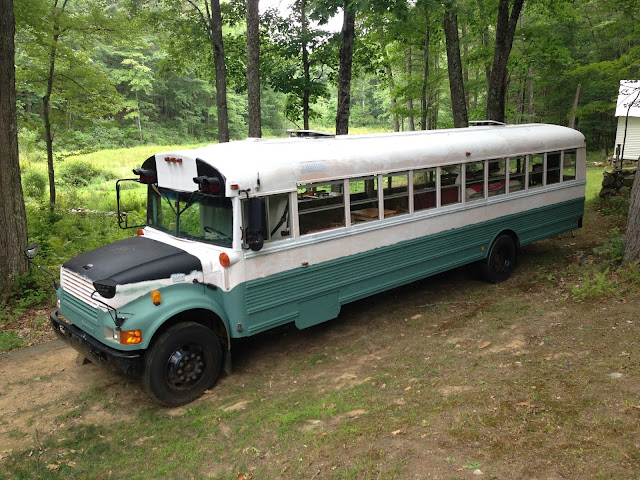 I ended up ordering another set of curtains to separate the cockpit from the cabin. It does wonders inside.

I know, I still need a door. Details. 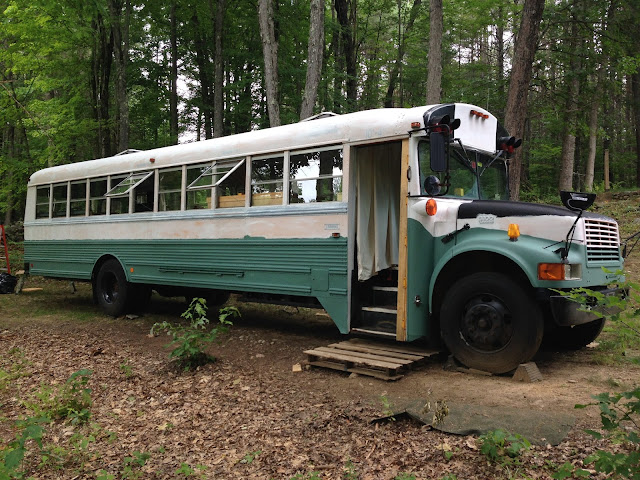 I think I'll keep the black "corners" around the warning lights. I didn't mask them, so they'll need some attention when the majority of the paint is on. 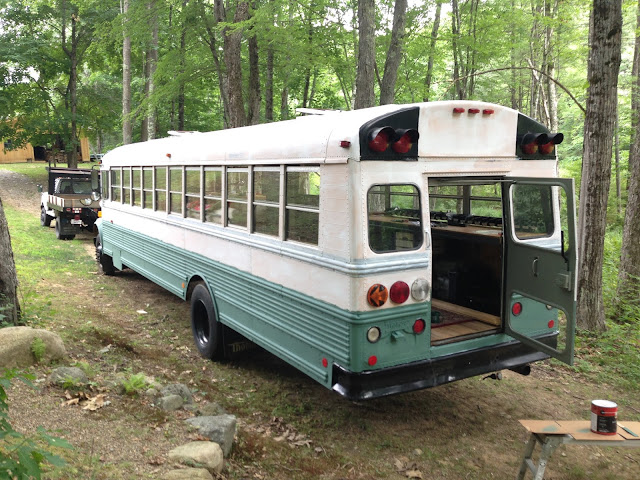 The green on, I cracked open the can of blue-gray, and started painting all the rivets and screws and edges. Once all the difficult to cover pieces were hit, I went back through and hit all the big empty spots. It seemed to go faster working the trouble spots first. I'll continue the blue-gray line up to the top of the windows. The roof will get rolled with gloss white.

With rumbles of thunder in the distance, I put the paint away. Looking at the forecast, I don't think I'll get much more painting done this weekend. 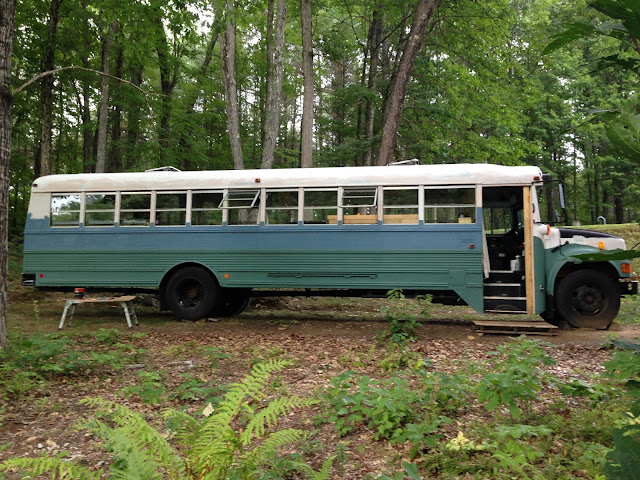 Posted at work by an anonymous source... I could totally pull that off. 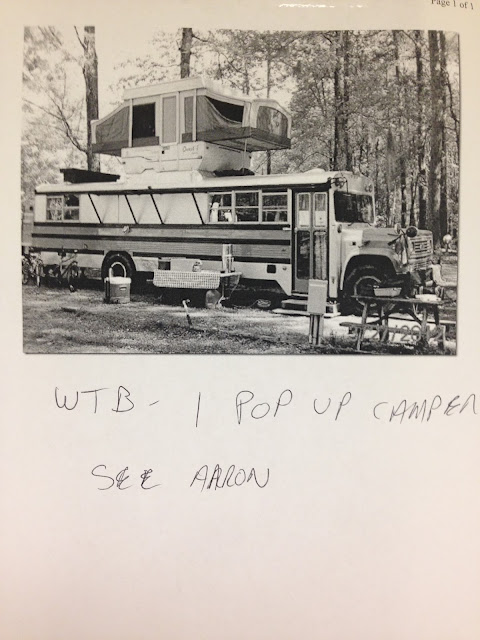