To finish up the electrical project, I re-purposed a 14/3 gauge extension cord that had met its gruesome end tragically at the hands of a lawnmower. I wired a few good feet of the cord into the Bogart Engineering TM-2030-RV Trimetric battery monitor, and soldered terminal ends onto the other side of the cable for installation onto the shunt. 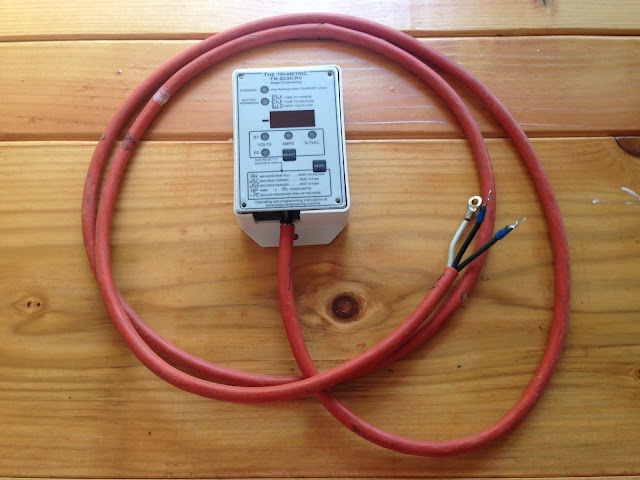 A separate 12-ga wire goes from the monitor to the positive end of the battery bank; in this way the monitor looks at the whole battery system. I had to move one of the negative terminal ends to the other side of the shunt so that the monitor could "see" the current passing through the shunt when the bus's alternator was charging the bank. 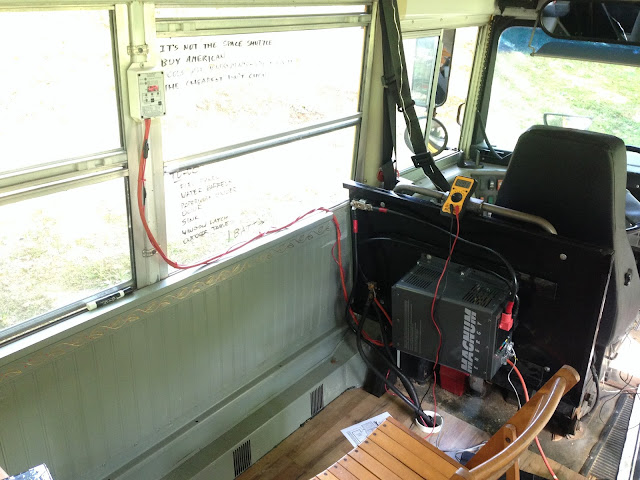 The Magnum inverter's manual flows and reads well; it was easy to understand and made the install easy. The Bogart manuals jumped around and were harder to understand, but the monitor itself is pretty easy to use with its two buttons. Once you have it wired correctly, the user's manual is pretty clear about how to change the parameters to monitor whatever setup you have. 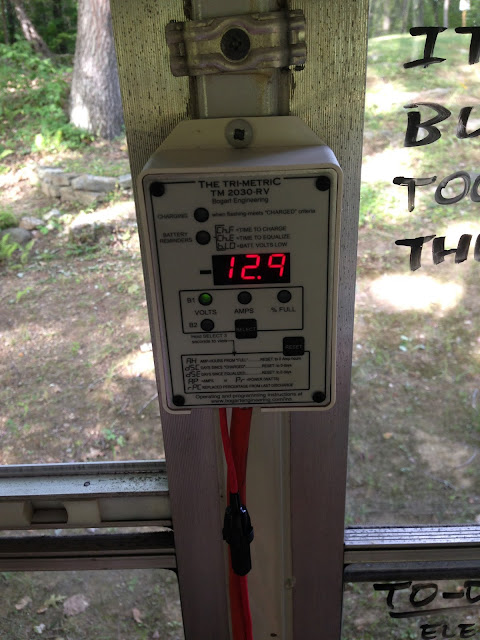 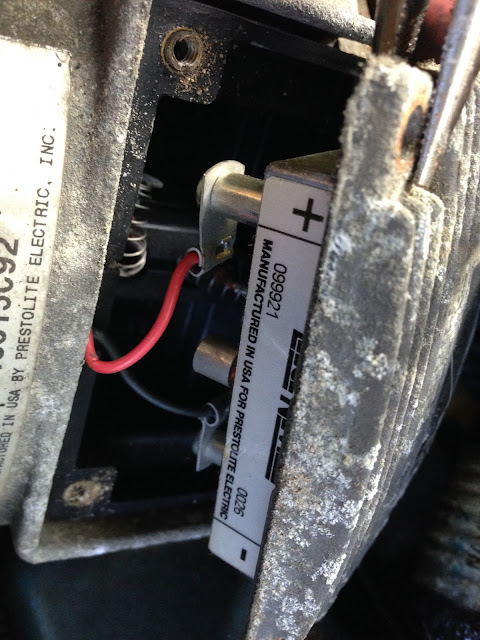 I found a backhoe part I needed on craigslist; this is a Case model 33 backhoe pedestal, which includes the hydraulic control valve for the backhoe. Mine has a pretty bad leak, and it doesn't appear I can get it repaired without it costing an arm and a leg. Getting a spare off of craigslist; way cheaper. When it cools down a bit, I plan on going through the backhoe and changing out this pedestal, and changing all of the fluids. That will be a long weekend project. 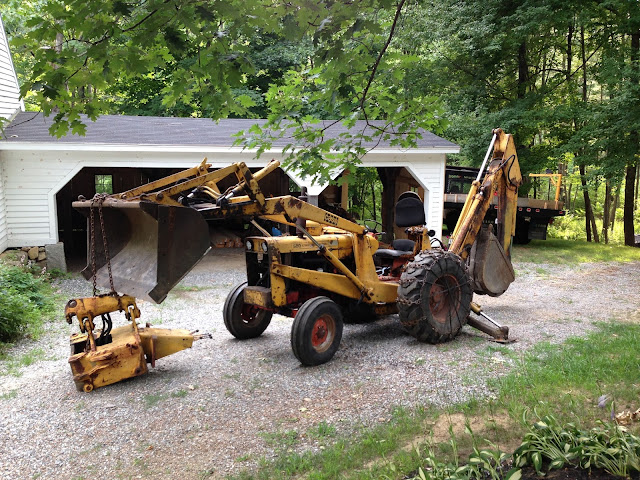 Many thanks (and congratulations!) to John and Taylor for the foam pad for the futon. The authentic space-age memory foam, hand-made by artisan astronauts and cosmonauts in the International Space Station, is quite nice, and the futon is much comfier. 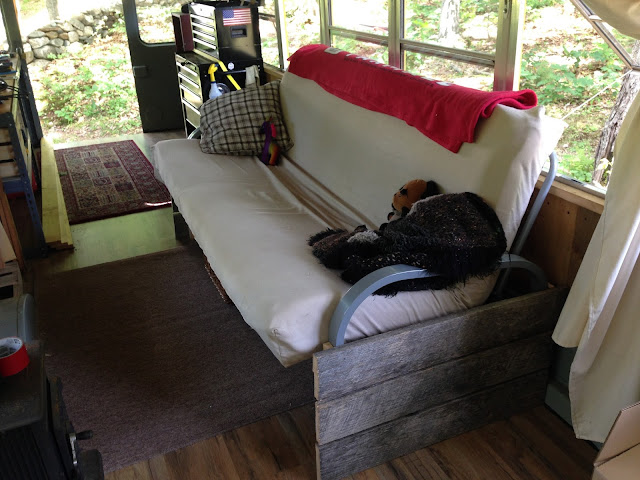 I started painting the bus with Kilz primer. I attacked it with a brush to get into all the nooks and crannies. It was slow, but I seem to enjoy painting. 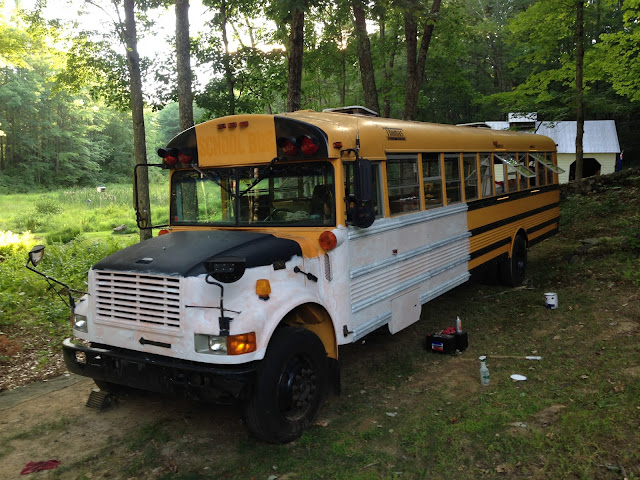 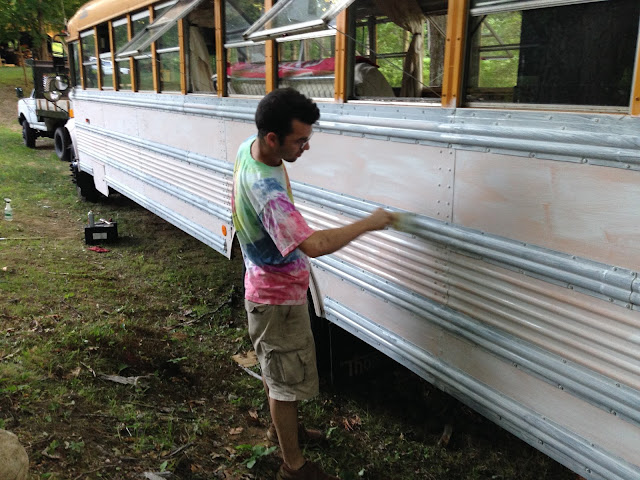 The Kilz seems to be holding up pretty well; I scuffed up the bus's paint with a rag, wiping dirt and pollen off of it. 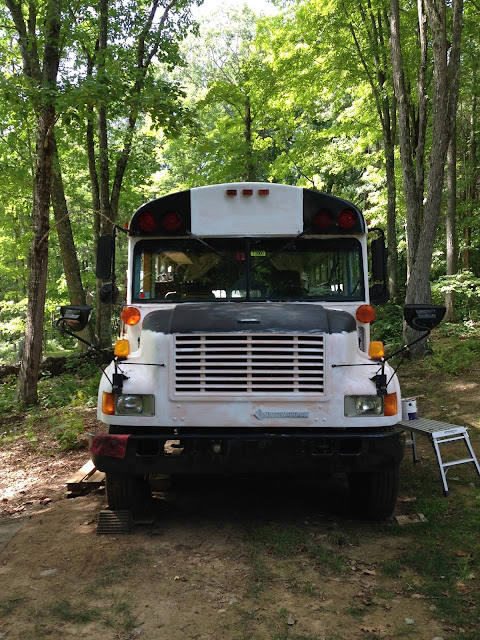 On the second floor I started off with a brush... 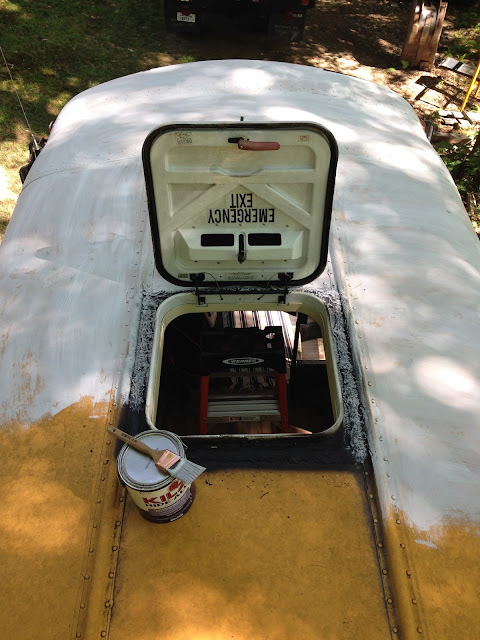 ... and finished using a roller, which went much faster on the smooth roof. 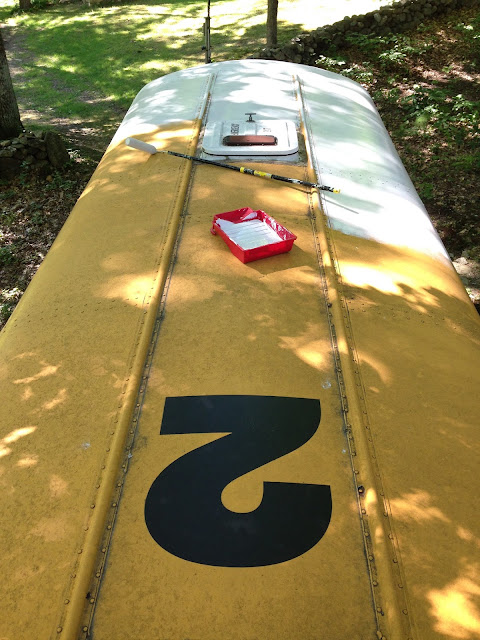 The roller doesn't work so well on the sides, with all the skirting, however. 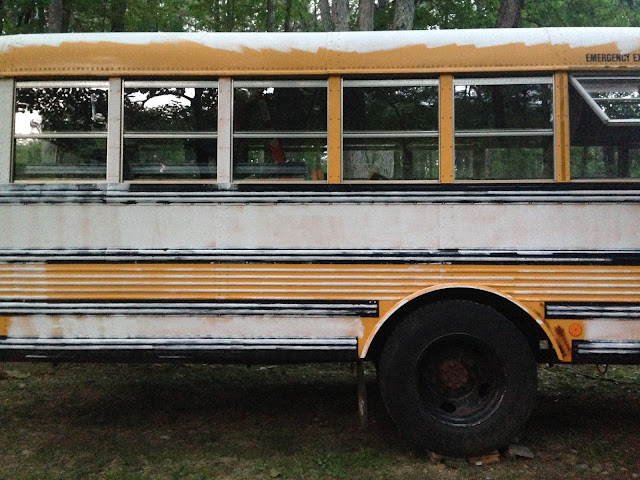 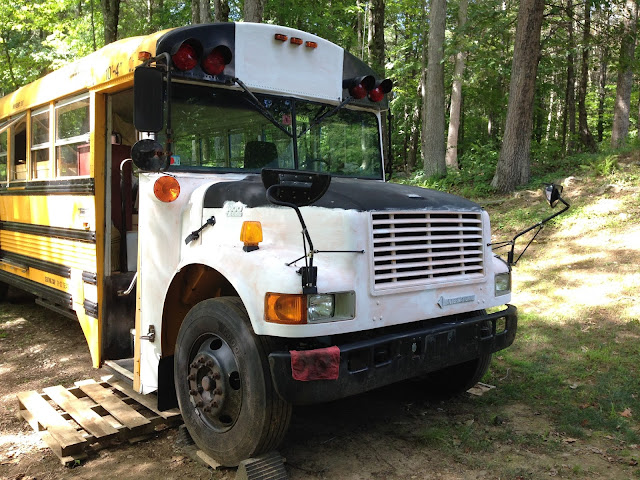 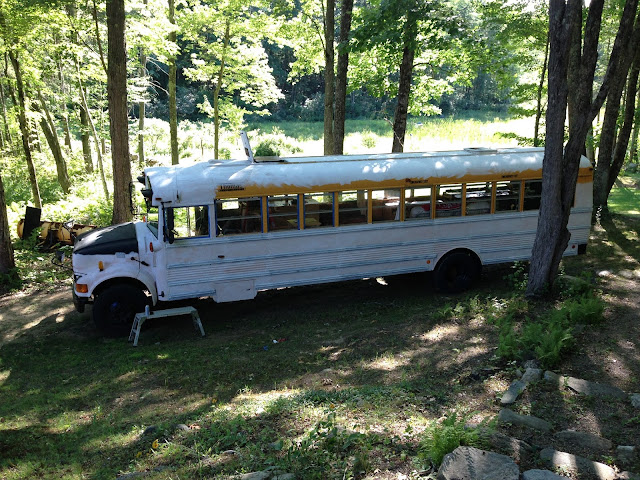 I need more paint. This is the end goal;