This week I got a lot of little things done on the Bus. I added a new barn-style handle to the back door, to replace the curved sheetmetal piece that came with it. I stained the kitchen cabinet's countertop, and put a few coats of sealant on it. I scraped the paint off of the back windows.

This afternoon I cut a piece of barnboard into strips to use as trim in the back of the bus. The pine was still damp with pitch; it smoked on the tablesaw, and was very brittle at the knots. The trim has a lot of character! 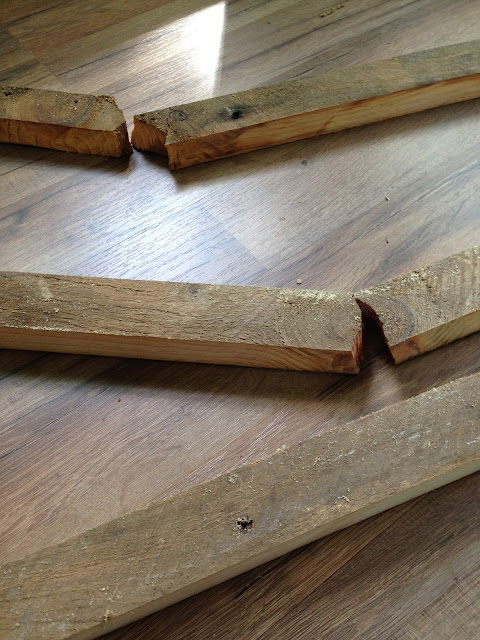 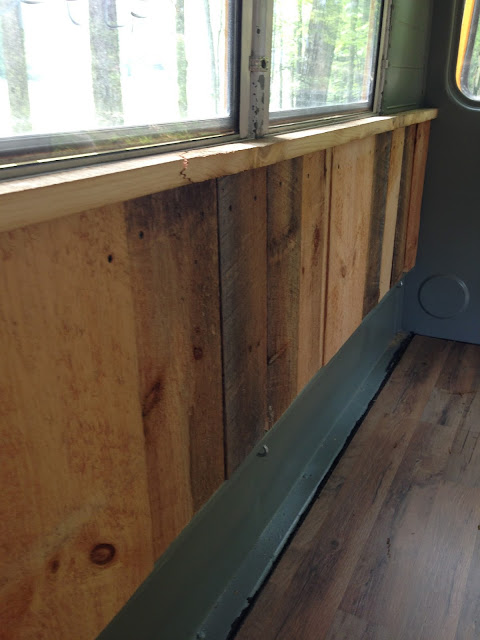 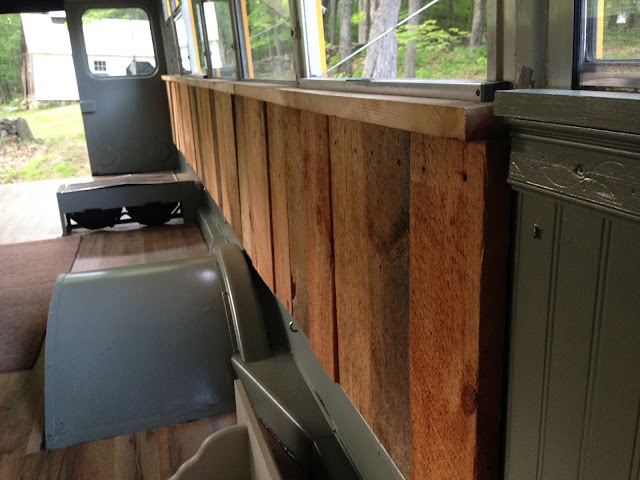 I also put the "Hemnes" dresser up over the wheel well to see how it occupies the space. I'm still trying to figure out how to raise it up... I think I'll be making a step-up area out of rough-cut. I'm trying to be thrifty, and save time. I might cut a big wooden ammo crate in half for the job. We shall see. 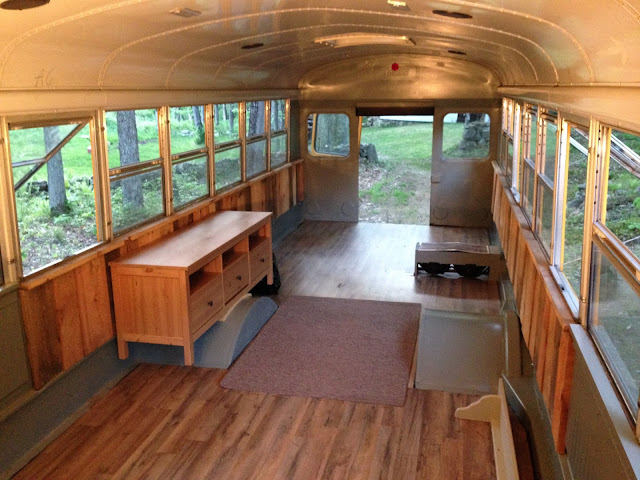 Today, I spent some money. I have to remind myself this is what I've been saving for!

First up is a 1989 Ford F350 stakebed with a 7.3L indirect injection diesel, automatic, 4x4, with a 9' Diamond plow. I know, I know, you thought this was a bus conversion blog. I'm telling you now that this is actually a blog following my efforts to build a place of my own, and the bus is one piece of that effort. Other pieces include the backhoe, the welder, the little Case tractor, and the latest addition to the fleet; this slightly abused F350.

I drove down to Boylston, MA, this morning to take it for a test drive, and was surprised at how easy it shifted and how well it handled, for a one-ton. The motor runs smooth and makes good pressure, the transmission has been rebuilt recently, and the frame still has most of it's paint. It will need six new tires, fresh batteries for the winter (where am I going to find two big batteries to start a 7.3L diesel... ?) and some minor "diagonals" like a headlight. I'd also like to undercoat it after I do some work on it. After looking at three or four other trucks it was a relief to find something that wasn't beaten, at a reasonable price. It's not a dump bed, but for $1300 less than what I budgeted I won't be complaining as I shovel rocks out of the back. I'll see if I can find a scissor and pump on craigslist. 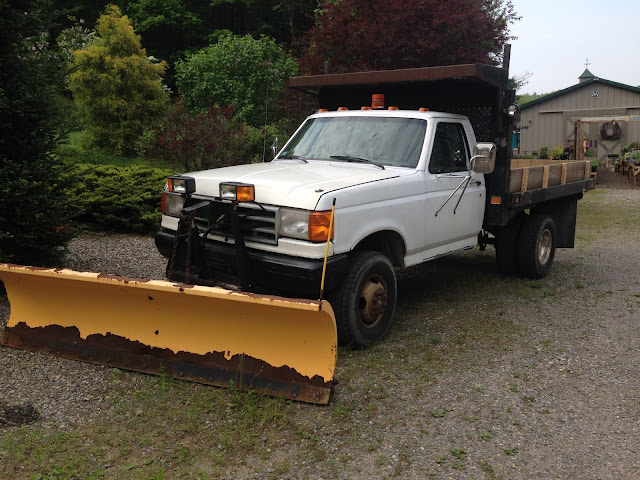 After putting some money down and making plans to come back for the truck tomorrow morning, I drove up to Alt-E in Boxborough, MA. There I walked in with my notebook full of scribbles and diagrams (guys in Guatemala know what I'm talking about) and rattled off the part numbers I needed. I got a Magnum ME2012 modified sine wave inverter and Trimetric 2030 battery monitor $60 under budget; they were having a sale! Next thing I need is some circuit breakers and the battery bank, and I can start installing the electrical system. I spent a few days while I was down in Guatemala researching exactly what I needed for a bus electrical system, and both of these US manufactured products came highly recommended. The battery monitor will tell me how much charge my batteries have, and the Magnum inverter will convert those 12 volts DC to 110 volts AC to run normal appliances. It was expensive, but I only had to buy these once. 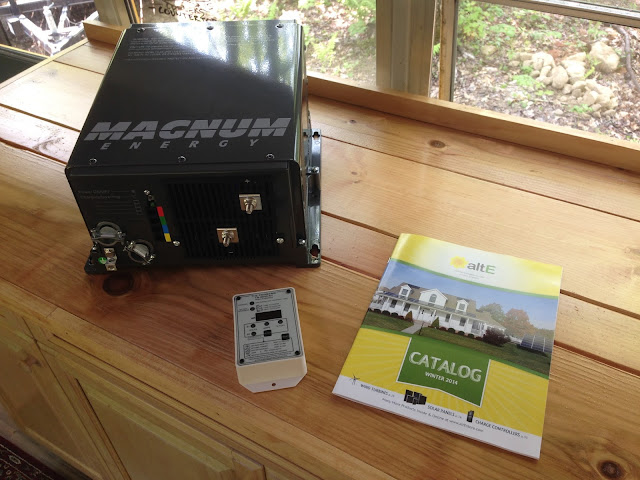 Tomorrow's big mission is getting the F350 home. After that I'll either start building the electrical panel, move the work benches in, or try to figure out above-the-window shelves. Maybe I'll get ambitious and replace the double doors with a single door. We'll see. I'm making this up as I go.
Posted by Aaron at May 27, 2016