When I had the electrical cabinet pulled out in the bus, I took the opportunity to build a much-needed shelf into it. The shelf will provide me with more storage, a place to set the radio so that I can close up the exposed wiring in the cockpit, and more vertical wall space to hang a calendar or pictures (the bus is lacking in wall-space.)

I had set aside two nicer maple boards a few months ago, so I grabbed them an trimmed them to fit. This wasn't exactly easy; finding "level" on a bus parked on a slope, with a sloped floor, and a curved roof presented some challenges. I ended up using a triangle square to just make the sides of the shelf perpendicular to the table it was over, then measured the location of the shelf from there so that the shelf was square. 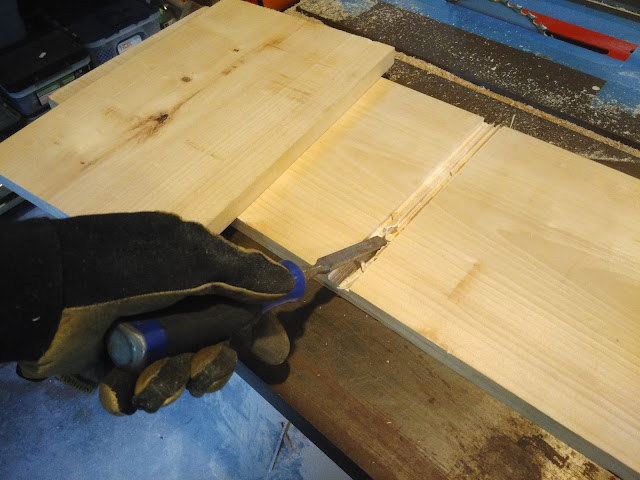 To lock in the shelf to the walls, I routed the wood with multiple passes over a tablesaw, adjusting the cut by 1/8" with every pass to carve out a 3/4" wide groove. With a small wood chisel I cleaned up the cut. The wood is slightly warped toward the heart it was cut from, which helps keep pressure in the cut, keeping the shelf tight.

The side walls were trimmed down to match the roof contour with eyeball, jigsaw and sandpaper. "Good enough." 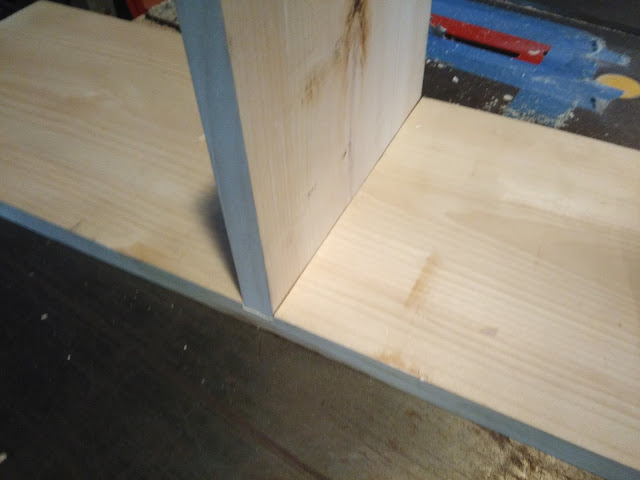 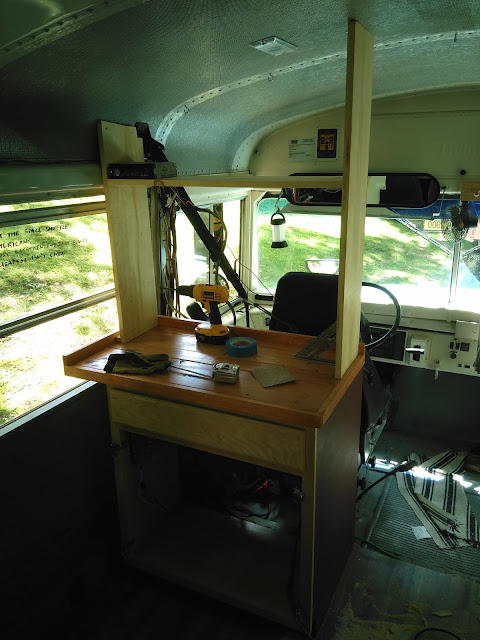 It ended up coming out alright. The bracing of the shelf actually makes the cabinet a bit more sturdy. The whole assembly is held to the bus by 5 sheetmetal screws, making it easy to remove in only a few minutes if I need to have clear access to the electrical panel. Work is not done; I'm going to add a bit of backing to the shelf, and I ought to stain it or paint it. I'd like another shelf like this in the back of the bus, as well. 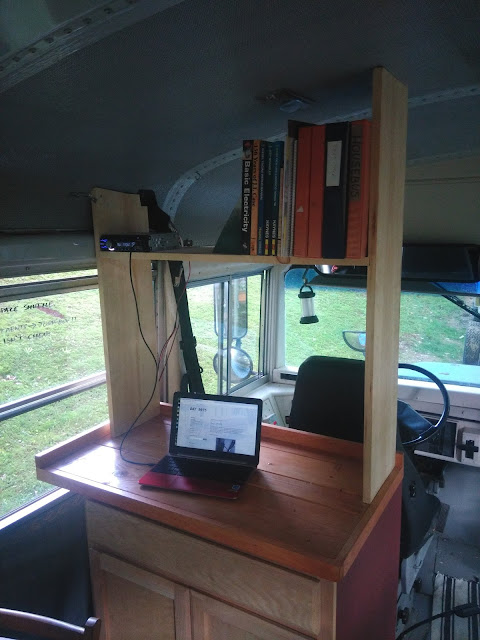 Today I cranked the little Case 444 over, and brought it into the main barn for a good going-over. Being up at the property this past weekend, I realized the need for this handy little machine, it's beat-up mower deck, and 3 point hitch with back-drag blade. It has been sitting in a state of disrepair, bordering on neglect. The tires are all soft. The gas is old (it still started!) The engine oil needs changing. The hydraulics leak from a few spots. These things should be remedied before I bring it up North. 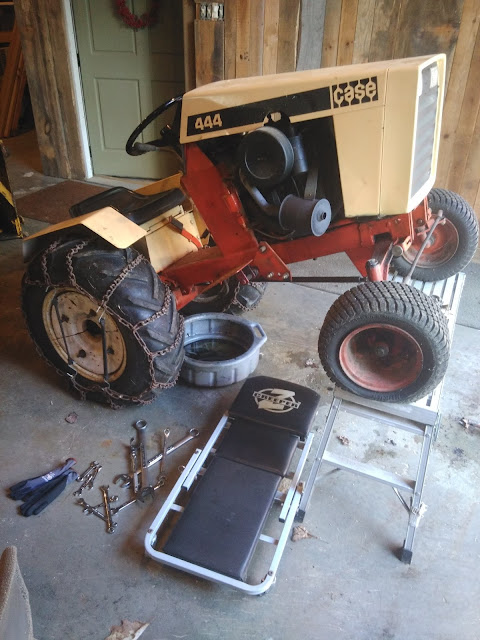 It's hard to work under, as low to the ground as it is, so I used my dad's tractor's loader to heft the front end onto a bench. Much better. 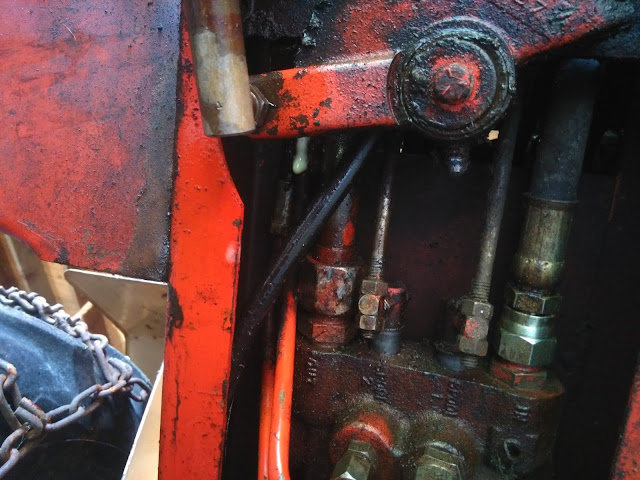 I rummaged through the confined hydraulic lines in the frame, trying to find the source of the leak. What I thought was leaking (the big "OUT" line B-nut coming out of the valve) turned out to be fine; the return line from the mid-frame lift cylinder (the cylinder that lifts the mower deck) was blown, and dripping onto it (pictured above.) I removed most of the lines coming out of the valve, and brought them to Sanel's machine shop to get replaced.

The lift cylinder on the 3 point hitch also came off. The cylinder hadn't been plumbed correctly anyway; there was no return line for the hydraulic fluid to "leave" through. Return fluid went backwards into the valve through the pressure line. The cylinder drips, and the pushrod is corroded. I took it to American Hydraulics in Bow, where Jeff helped me figure out what I could do to replace it. I think I found an adequate replacement cylinder online, but I may need his services yet to craft it into the cylinder I need!

Once I'm done throwing parts and money at the 444, I will drive it onto the trailer and take it North (where it came from!) I'd like to use it for hauling brush, smoothing loads of gravel on the path in, and mowing out a section where the bus can park to keep some less-neighborly wildlife at a distance.