The past two days have been spent wiring the solar panels into the bus's electrical system. My primary references for this job were HandyBob's blog (this man is a wealth of knowledge; all the flakes of gold are buried in his entertaining rants about the solar industry,) and the manual for the TS-45 charge controller. 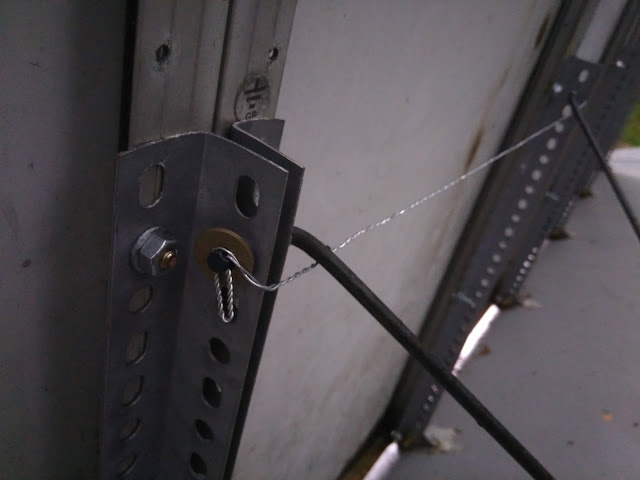 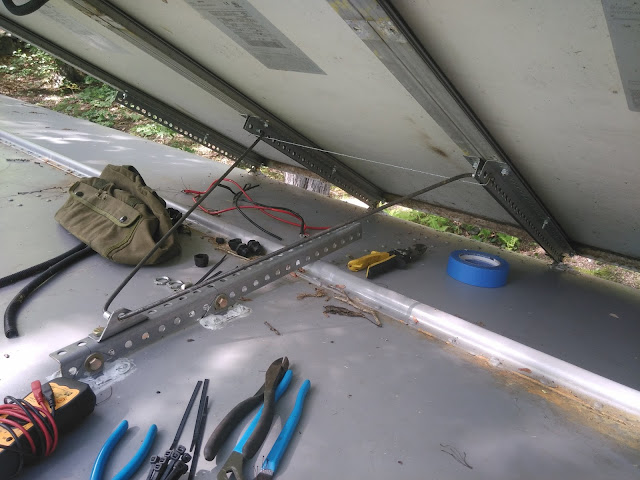 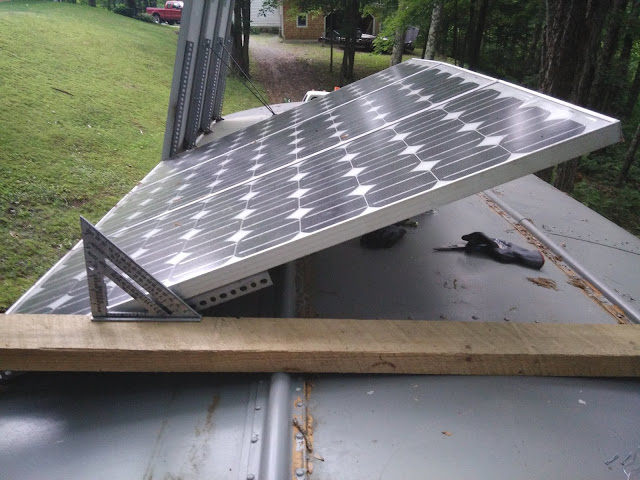 The quick fix to the solar panel struts bowing out was to lock-wire them across (I did not have 6-8 wraps per inch, because it's a bus.) Now when the weight of the solar panels is on the struts, at the summer angles, the struts won't push through the angle mounts. It's not perfect, but it should work fine... until a wire snaps.

As a quick aside, I may have learned the hard way that deep cycle batteries shouldn't be used to crank over a diesel; 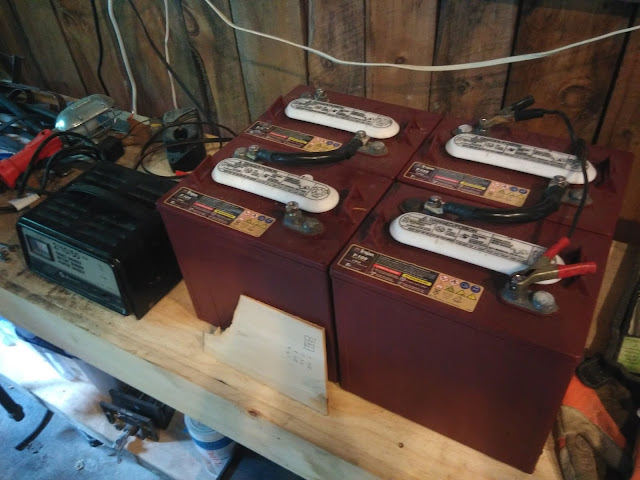 I'm trying to breath life back into them with a trickle charge. This might be an expensive lesson...

With the panels mounted and mobile, I started wiring from the top down. 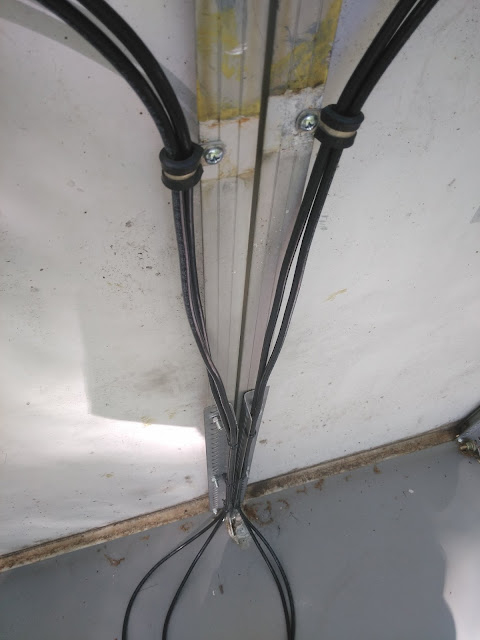 I used 6 gauge cable to wire each array of 3 panels, down to the bus roof. 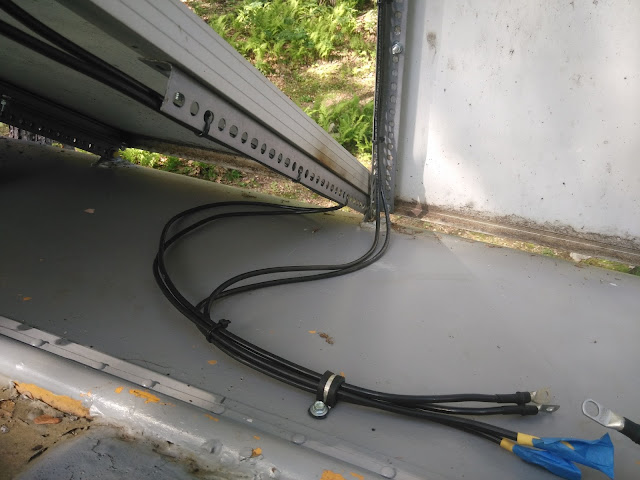 The cable was clamped on the way to keep them from getting pinched, and slack was left on the roof to give me room to work later. 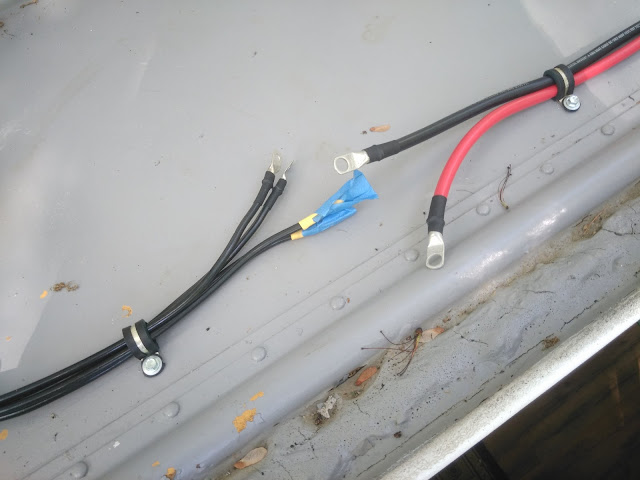 The two positive leads and two negative leads meet a positive and negative 4 gauge cable at the rooftop. 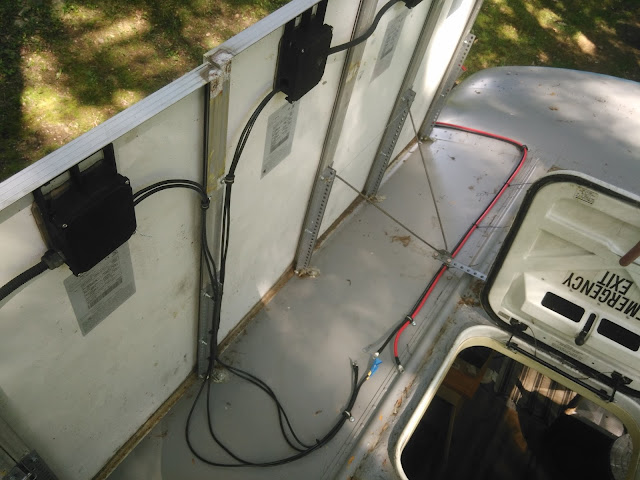 I have a fuse block on order, but in the short term I wired in a fuse to the hot leads, and taped the crap out of them to make sure everything works.

I was left pondering where and how I could punch a hole in the roof to send the 4 gauge cables through... 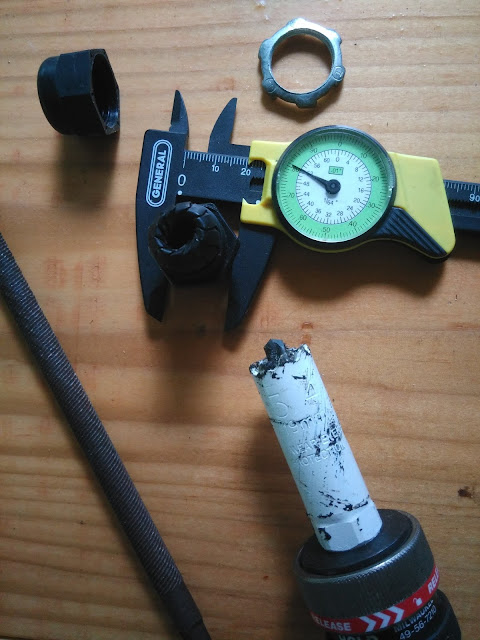 I had two of the cool little water-tight junctions left over from the panels, which the cable would fit through, but I didn't have a 13/16" holesaw. What I did have was a 3/4" holesaw and a round file. 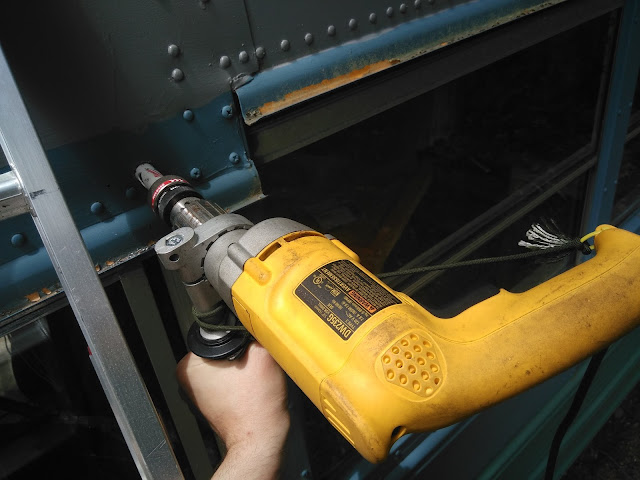 With interior panels removed, I found a spot above the driver side window where there was no insulation; just layers of steel. I drilled some pilots holes, then hit it with the holesaw (energy to power the drill was provided by the inverter, from the batteries.) Then the file (energy to power me came from duck-egg french toast and a bowl of oatmeal.) 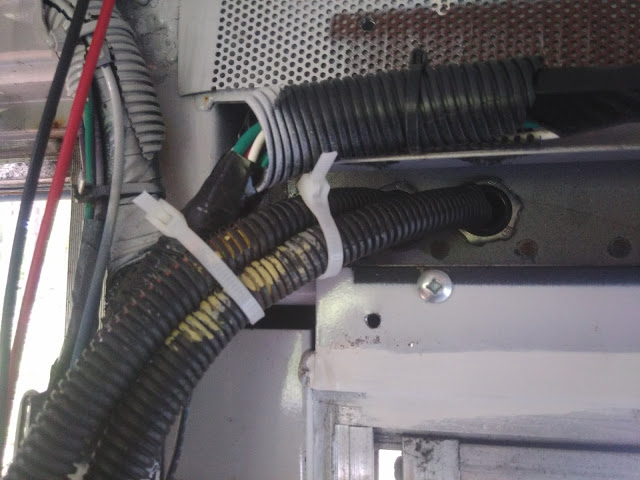 With the junctions installed, I pushed the cable through, and gave it a protective coating of spiral wrap. 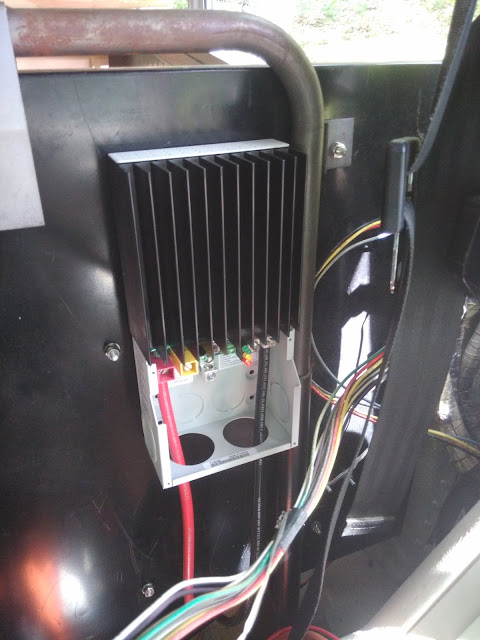 Inside the bus, I mounted the Tristar TS-45 charge controller on the front-face of the electrical panel for easy access. The two wires go under the panel, and mount into the negative shunt (so the Trimetric can monitor solar panel output) and the positive stud. 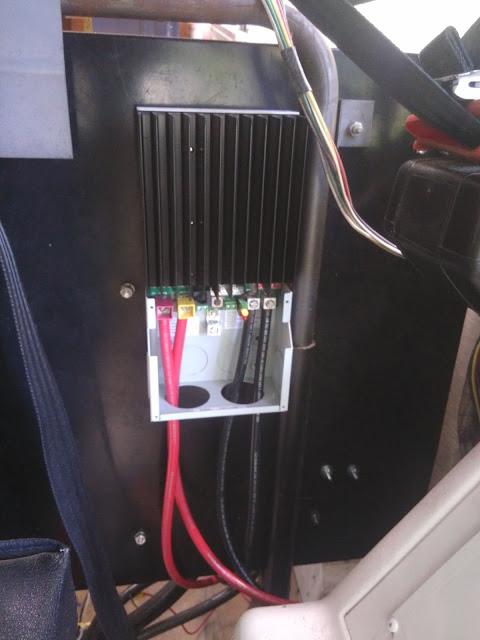 I routed the 4 gauge wires from the roof down the conduit behind the driver side window, and up into the charge controller. 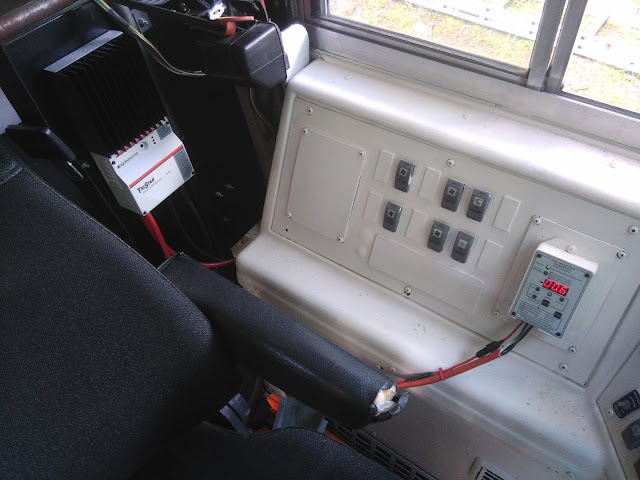 Face-plate back on. The TS-45 is pretty-much the Bus's Flux Capacitor.

Everything is now wired... double-checked my work... The panels are still pointed north-east, and it's after noon on the longest day of the year (how appropriate) ... let's turn on the Trimetric and see if the panels are making power... 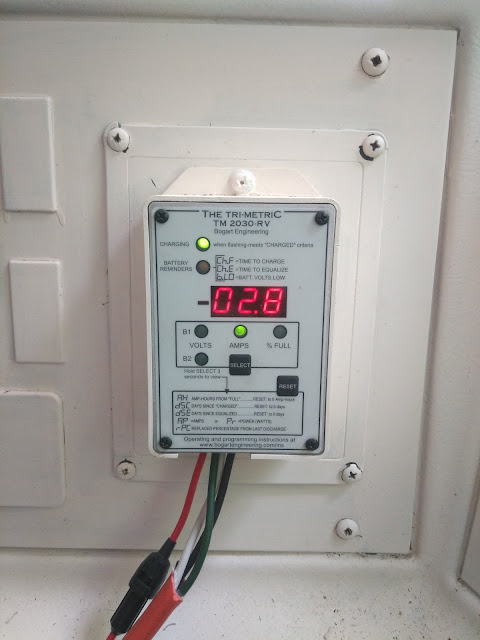 The panels are charging the batteries at 2.8 amps! I'd say that's pretty good considering they aren't even looking at the sun... 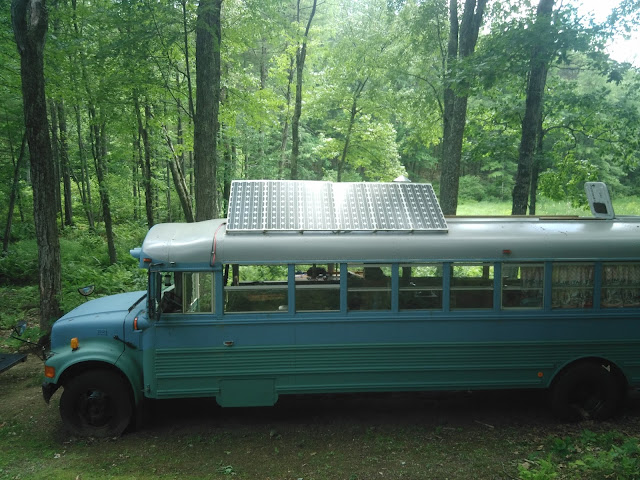 The bus now has wood or propane powered cook surfaces, wood or diesel heat, and diesel or solar electricity.

Next project? A shelf.