Several weeks ago, I reached out to the guy I bought my solar panels from last year, to see if he had any more available. He had sold me a rack of six 10-year-old US-made Siemens 75-Watt panels, which have been working wonderfully on the roof of the bus. I want to have a dozen of the same panel on hand for the barn build. I had seen his ad on craigslist occasionally over the past year, and he had raised his asking price on the panels since I bought them.

Something I really like about craigslist is that if you trust your spidey senses you can meet some really great people. Building a rapport with buyers and sellers can lead to more information about the vehicles or parts you're swapping, or better yet, deals down the road. Gil remembered me and my slightly crazy plan, confided that he'd like to clear out the entire collection of solar panels, and asked how many I'd be interested in. I asked how many he had. After some texting and phone calls, Gil made me an offer I couldn't refuse, to take his remaining solar panels off his hands. I won't write out the price here, but we both walked away very happy, one of us with a trailer full of solar panels, the other with money in his pocket. Thanks again, Gil. 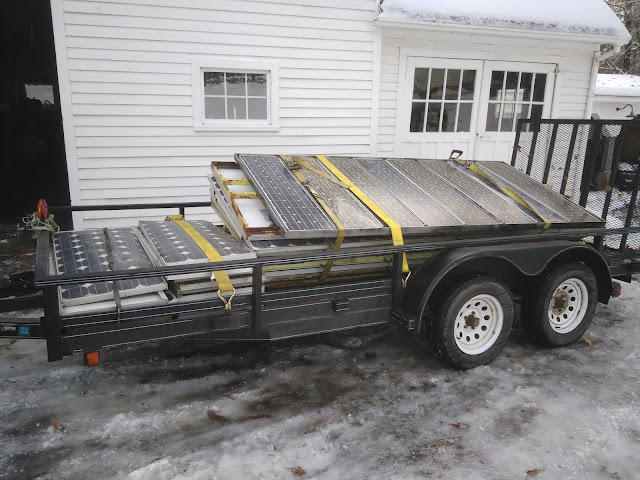 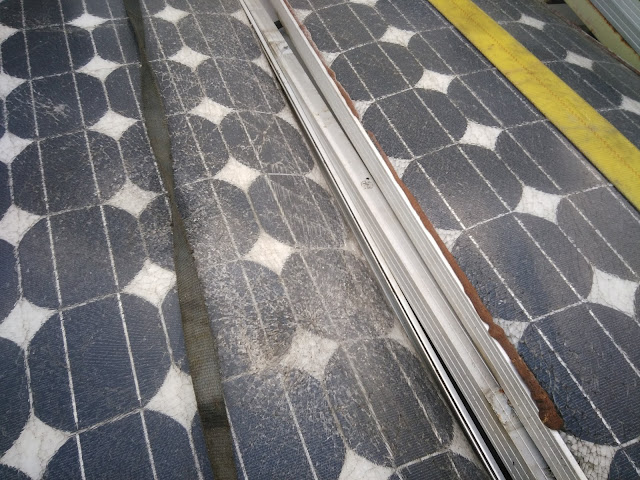 The source of these panels is dubious, but they appear to be panels off of "variable message signs." Based on the damage that some of these panels have (a lot of blunt trauma... like from trees falling on them) I'm guessing these racks are the rejects that were sold at auction. In the pile are, if I counted right, 52 of the Siemens panels in various conditions, and another 8 skinnier 43-watt panels (2 of which are destroyed.) No more than a quarter have some sort of damage, the rest are intact. My new winter project is to clean these up, find out which ones work, and have them available for friends and family wanting to do any kind of solar projects. I think the skinny 43 watt panels would work really well on the cap of a pickup truck camper. 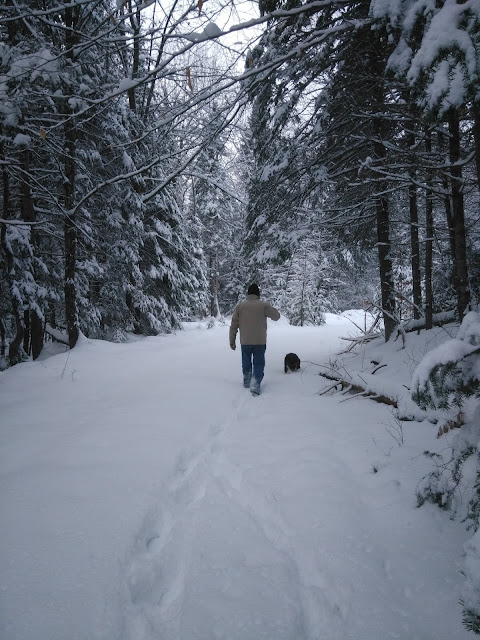 Over Christmas, I stopped into the land and checked on the bus with my dad and Zeke. With the high snowbank, and the depth of the snow, we elected to walk in on foot. 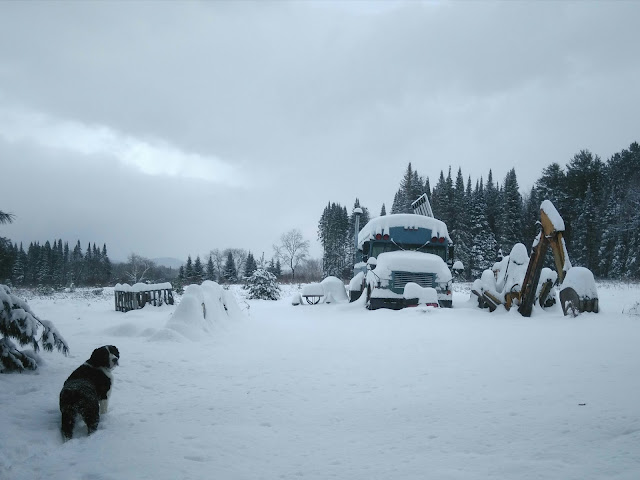 The bus's solar panels, even as steep as they are, had a dusting of snow on them from the morning's storm. I wiped them off with a broom the best I could. Note to self; make sure the panels on a house are somewhat accessible and easy to clean. I ran the generator for a few minutes to drink some gasoline and top up the battery (it's a Honda, and it just runs... it's amazing.) Next time I'm up I'll try to warm the bus's engine block with the generator in order to get it going... we'll see how that goes! 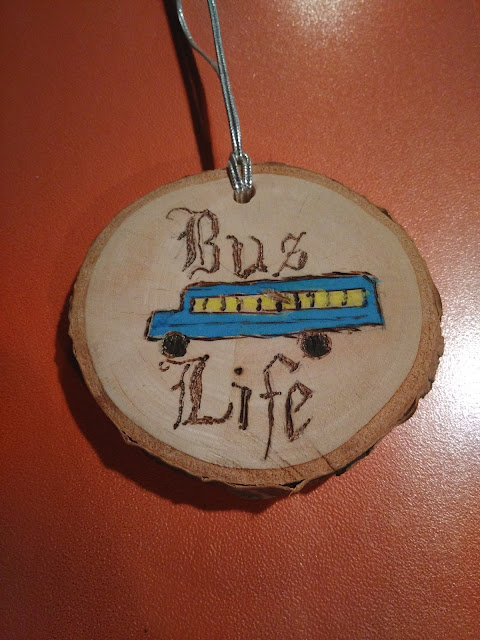 I'll close out this post by leaving you all with this awesome Christmas gift from aunt Zowie.