A productive day 9989 and 9990 were had. On Saturday morning I returned to Boylston to pick up the F350. Cash was exchanged and hands were shaken, and I climbed in for the ride home up 495 and 93. I had an '89 F350 a few years ago, which handled horribly above 45mph. This truck, with the plow, cruised steadily up the highway at 65mph with no issues. The engine purrs and the transmission and transfer case shifts smoothly. It will need tires and a few smaller components swapped out. 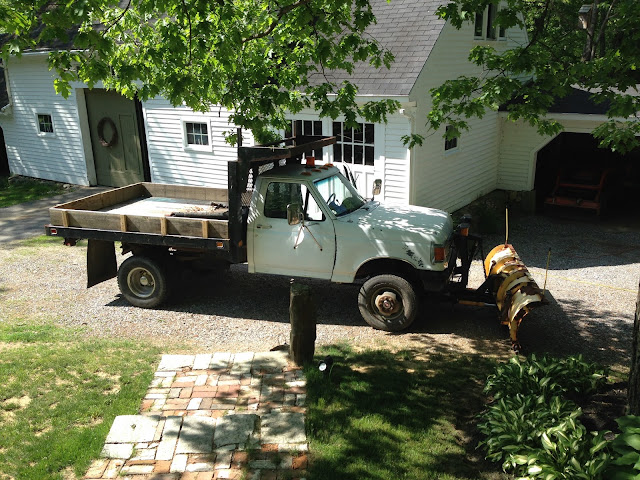 It was over 90 degrees on Day 9989, so instead of working in the hot bus, I took the plow off of the F350, then I put the crane from my old F350 on the bed. Not wanting to spend much more time outside on a hot and humid day, I went into the cool barn and cleaned up my tools, which have been slightly scattered over the past few weeks of working on the bus. 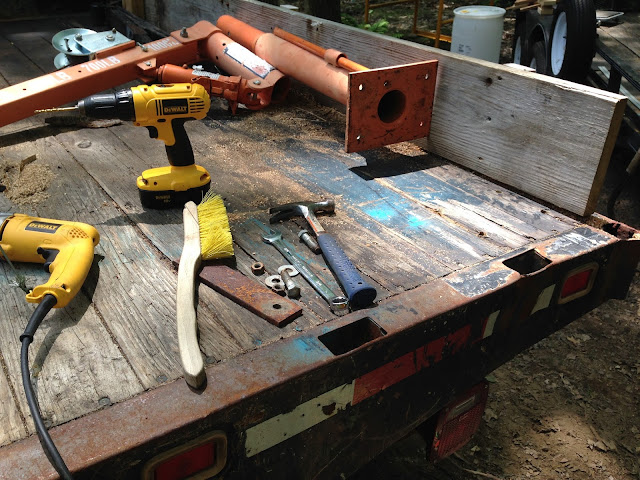 This crane is actually a Goodrich 42305-1 High Performance Rescue Hoist. The handcrank, developed jointly by Orville Wright and Igor Sikorsky in their bicycle shop, was replaced with a DC electric motor in the -5 used on the H-60. Not really. 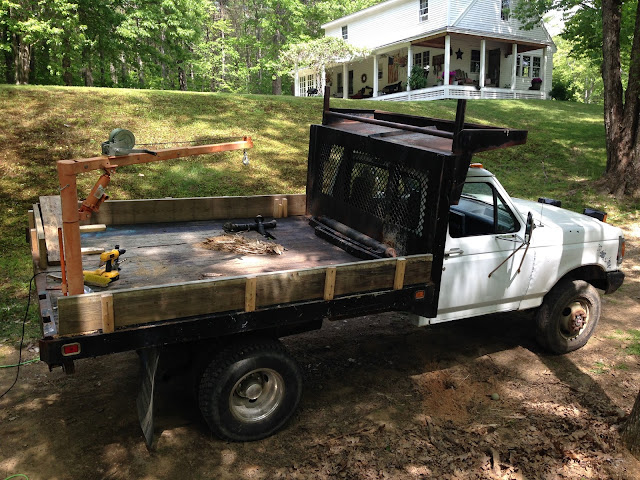 Today, I continued the cleaning spree. I have a bunch of little black bins, so I gathered their sundry contents and my multiple bags of random hardware, and organized everything by hardware size and job. It was a very pleasant task on a much cooler Sunday morning, whilst listening to folk shows on WSPS, Saint Paul's School, and CKUM, University of Moncton. 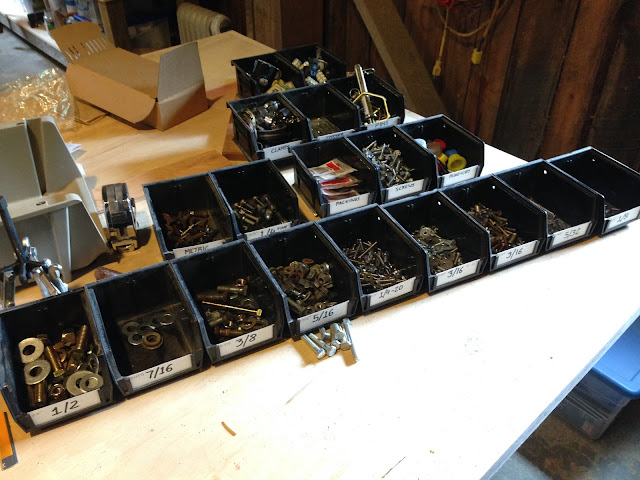 The benches now cleared of random parts and hardware, I dissembled them and brought them down to the bus. In a stroke of genius (I'd like to think this was on par with the ape using a bone as a weapon in 2001) I found that my little bins would clip in to a backwards piece of bench siding. I think this was the smartest thing I did all month. I took one of the lower pieces out, and mounted it at the top and back of the bench as a bin-rack. 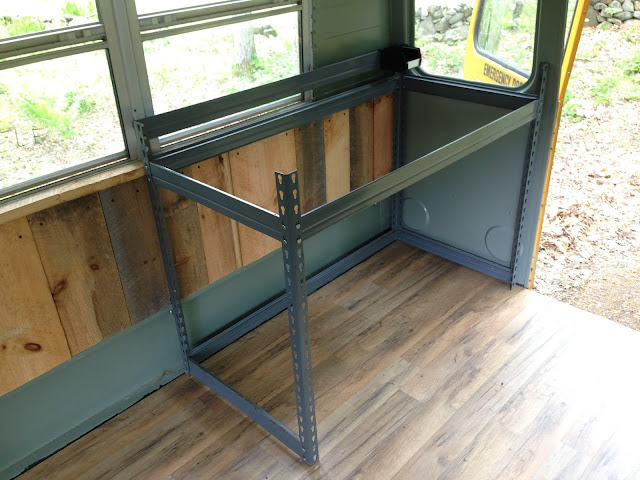 Both benches assembled, with a fresh piece of stained Birch plywood on both, a painted piece of particle board, and all my little bins hanging on their racks. I'll probably take the angle grinder to the ends sticking up; I'm committed. Tools will go under both benches. 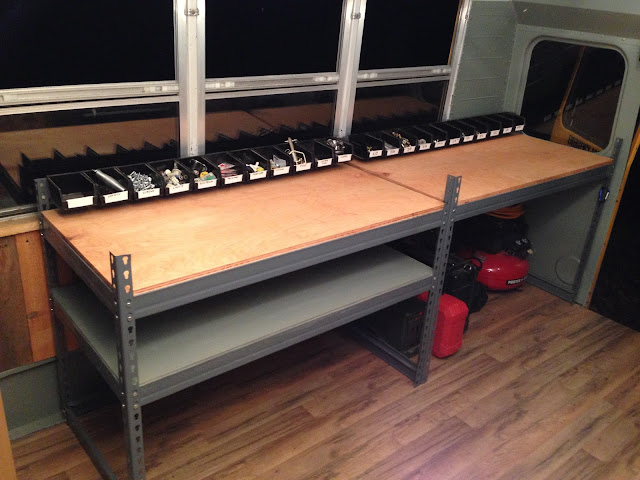 I brought my toolbox down one drawer at a time. It is heavy. I finished the evening trying to figure out how to mount it in so it wouldn't come free and make a beeline for the driver while I'm driving the bus. I think I'll fasten it directly to the "rail" along the wall under the barnboards, but I need hardware to make that happen. Same for the benches. I still haven't figured out how to raise the dresser up off the wheel-well... nothing has come to mind yet. I'm waiting for inspiration. No rush. 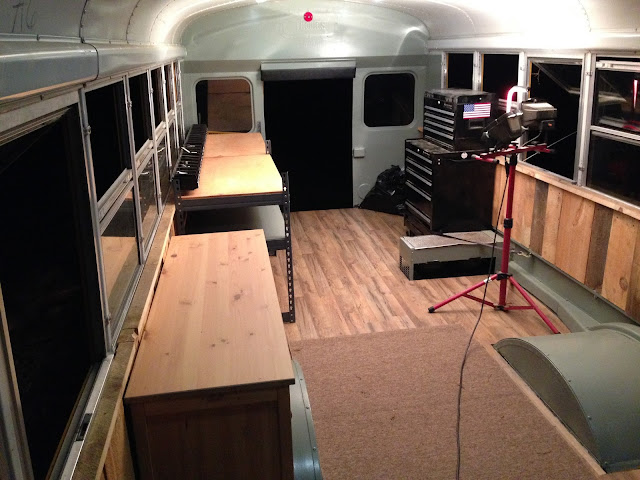 I still need a futon or bed or something.